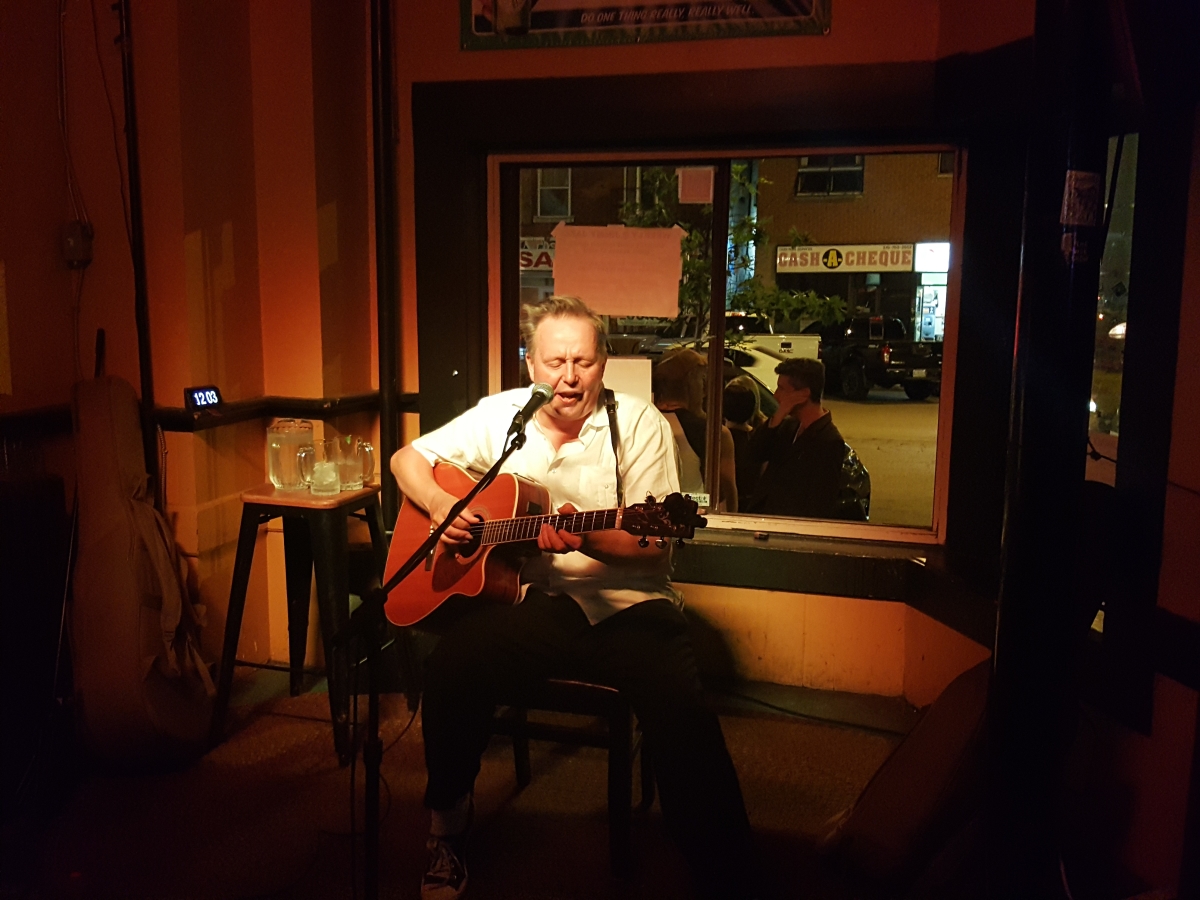 Some band cancellations and just the right connections made this night of music possible!  Anthony Damiao happened to be having Big Rude Jake and friends over for a BBQ and they decided to fill in at Jimmy Jazz.

Anthony Damiao (singer of monster band The Namedroppers) opened the night with his original, unrecorded song “Fuck ‘Em All” and set the tone for the night.  He strummed his guitar and kicked bass/snare to his original, “Moncton” and The Two Man Gentleman Band – “Fancy Beer” among other great tunes.  What a performer!  Much dancing and merriment was had.

At Midnight Big Rude Jake hit the stage and informed the crowd at Jimmy Jazz that he had a sore throat, so he’d be singing the “Sore throat blues”.  Jake was definitely feeling the effects of a whiskey fueled BBQ but wow could he finger pick!  “His fingers can really dance along on that guitar”, one patron commented.  Later into his set he got more comfortable with the crowd (and less whiskey fingered) and asked for participation and requests. He played folk versions of bands including CCR and Aerosmith.  Someone requested Ray Charles and Jake tuned down his guitar and played a folky version of “Let The Good Times Roll “.  Then he played a soft, jazz-like version of Sex Pistols – “Anarchy In The UK”.  “Cheap Laughs Wilson” he called himself and chuckled during the post song clapping.  A fun acoustic rockabilly version of Eagles – “Hotel California” a short while later that brought a smile to my face.  I got to meet Jake later on and we had a chat.  He’s full of good vibes and big smiles.  You can tell that he really enjoys performing and meeting people.  I recommend checking him out the next time he comes around! 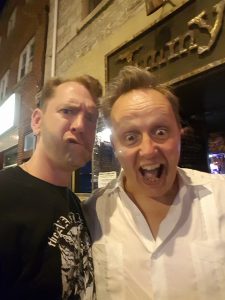