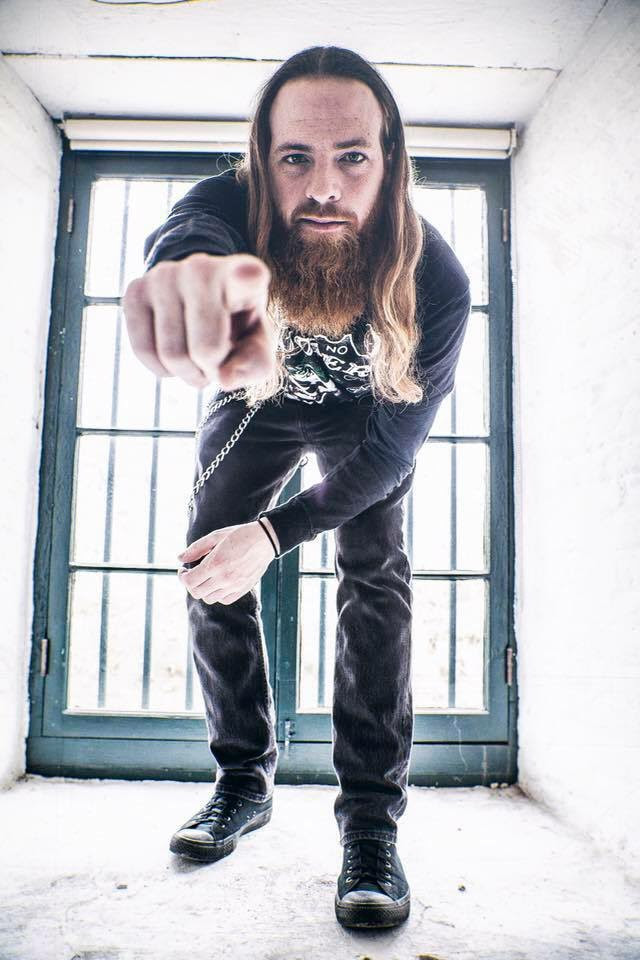 For fans of Metallica, Pantera, Slayer, Lamb of God, Killswitch Engage, In Flames

Unleashing their debut album “Badder Than Brooklyn” produced by Joe Duplantier of Gojira during October of last year along with a lengthy tour across Canada, Toronto-based metal messiahs DECATUR will be kicking off their fall “Buried Out Back Tour”across Ontario a full year after their full length’s release. Their first date of the tour will begin in Cornwall on October 6th and wrap up in Windsor on October 27th. DECATUR has gone through line up changes since releasing their debut album. For this upcoming tour, the band’s live line up features founding member Jay Sarrazin supported by drummer Joey Muha (Jungle Rot, Threat Signal, Lightyears), Anthony Zhura (Caym, Centuries of Decay) and Aidan Keenan (Imperion).

Check out video of drummer Joey Muha smashing out DECATUR at the following link: https://youtu.be/g7Qc2o7H77I

The band’s latest music video “Worst Enemy” can be viewed at the following link below. The video is a message from the band to conquer the fight against depression and follows the album’s theme of power and empowerment, a clarion call for strength in life’s battles…healing through headbanging.

“Worst Enemy was actually the first song I wrote for this album. I was at a pretty dark place in my life at the time. I was struggling with depression and anxiety and was constantly berating myself with negativity. I felt trapped in a box so to speak and I became my own worst enemy. That’s what the song is about and the music video we made emphasizes that emotion of being trapped in that box or in your own head saying all these things to yourself. Throughout the years I have learned to find more coping methods and I am always learning more about myself. Hopefully this song helps other knows they are not alone and to seek help if they need it.”

DECATUR‘s debut album “Badder Than Brooklyn” was produced by Joe Duplantier of Gojira and is all-killer, no filler! It doesn’t hide behind its production; it compliments it. These are truly songs of power and empowerment, a clarion call for strength in life’s battles…healing through headbanging. From the power shredding of “Into The Night” and the storytelling of the album’s title track “Badder Than Brooklyn” to the brutal beat down of songs like “Bottled Inside” and “Internal War”, DECATUR feel modern metal has lost its way and they’re here to provide the roadmap forward to the future! Make no mistake, Decatur are a band that puts the grit into integrity, as guitarist/vocalist Jay ‘Beard’ Sarrazin says, Decatur make “real metal for real metalheads.”

Named after their very own Street of Dreams in New York, where they recorded their debut album at Silvercord Studios in Brooklyn, DECATUR get their unique sound by being opened-minded, not just to each other in this band of brothers, but to different genres, not just of metal, but also the blues, rock ‘n’ roll and even pop! Decatur’s criteria if it’s good they can make it better! They focus on evolution not devolution. There is no fear of DECATUR repeating themselves musically; for them…the world is not enough. They see themselves as intrepid explorers, never playing it safe, always looking for new lands to conquer, and in the process drawing on creative powers they never knew they possessed.

“We put a lot of effort into writing real songs and putting out a real album that hopefully touches a broad fan base. Our goal was to make sure that not only every single song had been thoroughly thought through, but that it was given all the attention and passion that we truly felt they deserved. We honestly feel like metal has lost its way a bit and we were set on writing something original and not following the trends of today such as low tunings, aggressive growling and perfectly lined up music and sound. We focused on the realness of ourselves and wanted to produce something that wasn’t always perfect and was as real and as honest as we could be. We did not need or want to hide behind production. We wanted our raw talent to be caught and portrayed to everyone. Our goal was to produce something from the soul, not from the computer.” Says Sarrazin.

Listen to “Badder Than Brooklyn” full album stream at the following link: https://youtu.be/NyZkV2tx1T8

“Badder Than Brooklyn is one of those wonderful albums that will give you little to complain about…one of the best heavy metal releases this year. Shatterproof & Internal War Pt. 2 confirm this with the former a very traditional & groove-layered slab while the latter goes for a more melodic approach.” Games, Brrrains & A Head-Banging Life

“Badder Than Brooklyn is a solid debut album of modern metal that’s worth seeking out.” – Heavy Metal HQ

“Great for a pounding run or a body-wrecking workout, Badder Than Brooklyn will satisfy fans of metal, hard rock, or good old-fashioned rock and roll.” – Shockwave Mag

“The energy in the room was electrifying, and it was impossible not to mosh and head bang with intense vigour. The band’s connection on stage was infectious, as it was obvious that these guys loved what they were doing and loved doing it together.” – The Phoenix News – Live Review – Kelowna, BC

“Badder Than Brooklyn is a formidable effort by these talented newcomers. Considering​ the fact that this is their debut album, I most certainly think that they have nailed it. With memorable and we’ll crafted songwriting, if these guys keep up their work I see a bright future ahead if them. Undoubtedly an album that I will recommend for all Thrash/Groove Metal enthusiasts. That being said I hope they will come back even stronger in their sophomore effort for which I’ll be keeping my eyes peeled.” – Metal Centre

“Toronto-based Decatur, with their debut release Badder Than Brooklyn, has created a metal album for metal’s sake, a traditionally fast, heavy riffing, drivingly intense set of tunes to be included on an FM radio station in the next installment of Grand Theft Auto playing between Megadeth’s “Holy War…The Punishment Due”, Metallica’s “Battery”, and right after Pantera’s “Walk”.” – Canadian Beats