#HAPPYMAKING PIANOS BACK ON DOWNTOWN STREETS FOR SEPTEMBER 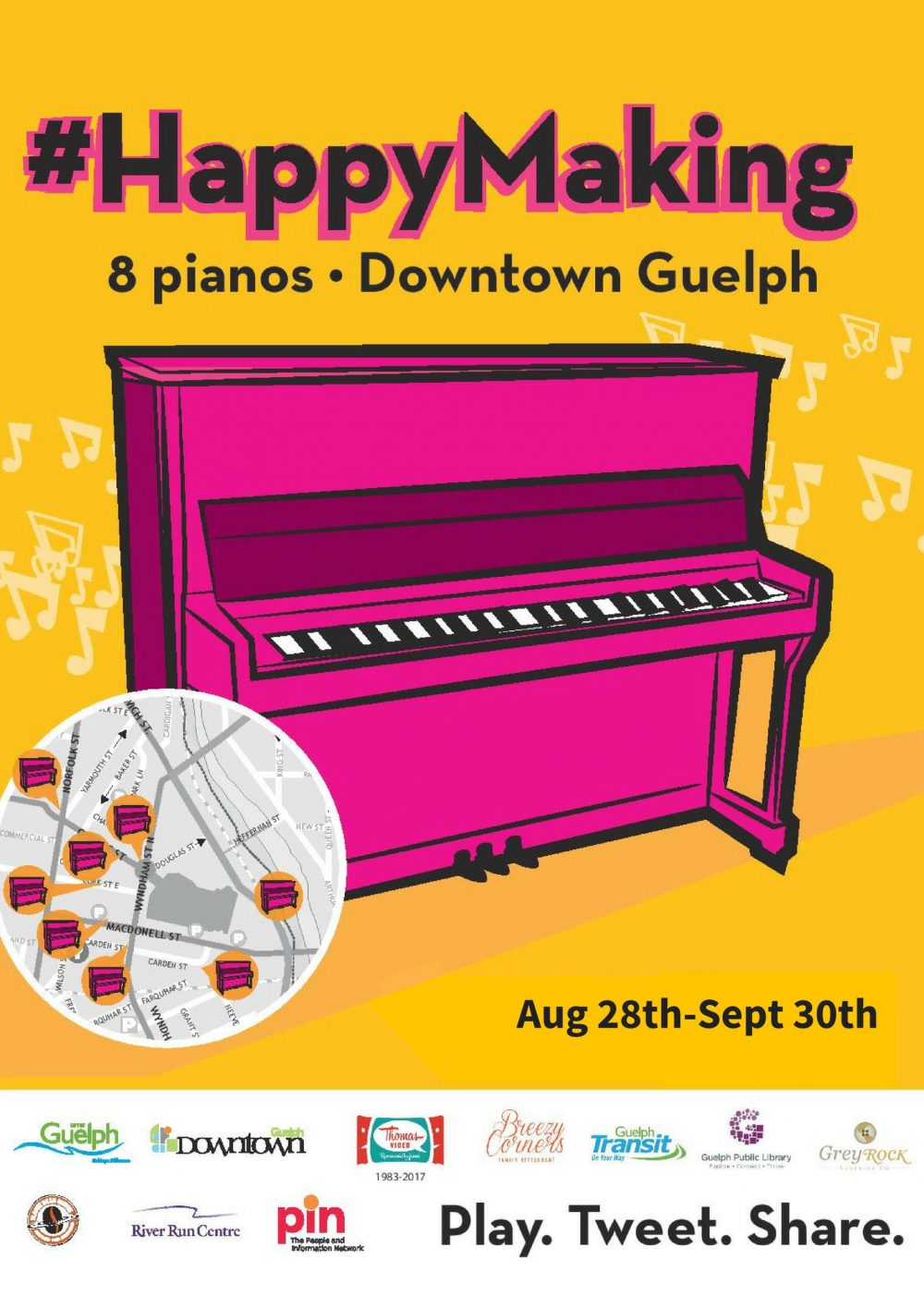 They’re back… the #HappyMaking project has returned for another month of spontaneous entertainment. Find eight pianos in the downtown core to play your favourite tunes from Don’t Stop Believing, to Für Elise: you can even do you best rendition of Chopsticks.

Locations include Grey Rock Clothing Co., Planet Bean, Breezy Corners, River Run Centre, P.I.N People and Information Network (previously the Volunteer Centre of Guelph- Wellington), and the main branch of the Guelph Public Library. Guelph Transit will host two pianos, one at Platform #12 and the other in the transit shelter in St. George’s Square.

This ongoing successful idea all started with community member Ian Findlay. He placed a piano outside his business, Thomas Video in 2013. The response was so positive that the project, in partnership with the Downtown Guelph Business Association, has continued in multiple locations every year since.   Bill Nuhn, Manager of River Run Centre says “River Run Centre is alive with music inside, and fostering a piano during Happy Making Project brings music to life outside as well.”

More information about the #HappyMaking project can be found here: https://www.youtube.com/watch?v=5b2kX3uE9oM