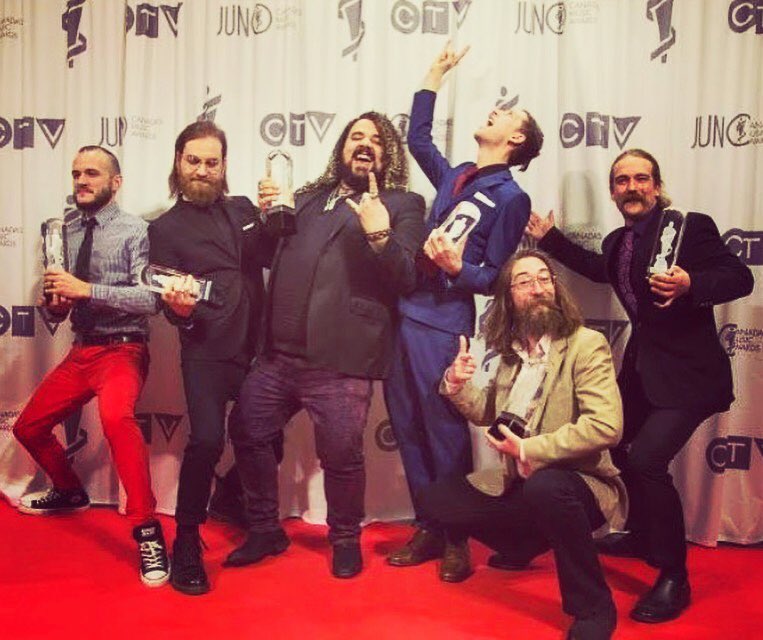 Bio: Mandroid Echostar is a 6 piece progressive metal band from Guelph, Ontario. The band was formed in the summer of 2010 by bassist Adam Richards, guitarist Sam Pattison, and drummer Matt H-K. Over the course of the next year they filled out their line up with the addition of guitarist/keyboardist James Krul, guitarist Stephen Richards and vocalist Michael Ciccia. By the winter of 2011 Mandroid were finished writing their debut EP and were ready to record. They chose a studio close to home, Sundown Studios, owned and operated by Jordan Valeriote (Dead and Divine, Silverstein, Structures) who engineered, mixed and co-produced the EP. The album was then sent for mastering at Masterdisk in NYC by the legendary Roger Lian (Rush, Muse, Deftones, The Mars Volta). Combining the melody and technicality of progressive rock with the heavy, hard hitting groove of metal, these musicians have forged a fresh sound that todays music scene is hungry for. With an early summer EP release, 2012 will see great things from Mandroid Echostar.