It’s hard to get a read on Ian Kelly. And that, if you didn’t already guess, is a good thing.

But let’s give it the old college try. First-off, you might say that he’s the big guy with that unique voice – an unusual fellow who makes music that you can’t quite pigeonhole. It takes a while but eventually the intriguing arrangements, lyrics that stick with you and compelling melodies win you over. That’s what happened with his previous album Speak Your Mind. It was a real slow-burner, continuing to shift units more than two years after its release, going gold in Canada -– marking 40,000 copies sold -– just weeks before the launch of his brand-new third album, Diamonds & Plastic.

Ian has always done it his way. He’s from Montreal’s west end, with an anglo mom and a franco dad, but he grew up mostly en français, yet – just to keep us a little off-balance – he’s always written and performed in the language of Dylan. He says that’s just the way the songs come out. If you know Ian at all, you know full well the language choice was anything but a careerist move.

We recently got in touch with Ian to learn a little bit more about his unique style and history of making music. Click play and read on!

Music Lives: I’ve read that you really like the DIY approach to making music. What does that mean to you and how do you think it’s played a part in your music over the years?

Ian Kelly:  I think I’m just not patient enough, or at least I wasn’t when I started out, to wait for other people to show up. When you don’t have the money, it’s hard to find the right partners to work with you on a project. They need to have a lot of motivation and they need to believe in you. I guess some people are also better at selling themselves to recruit others to work on their projects, that’s never been my strong suit. I’ve also always been interested in every aspect of producing a track so I was glad I could do it all, and whenever I felt like it.

ML: I know you’ve played in bands in the past. How is it different playing solo? Which do you prefer? And finally, how does it translate to your live performance? 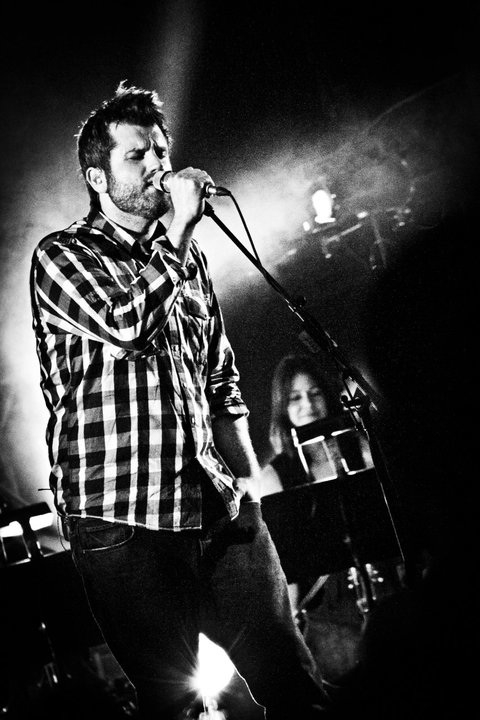 IK: I love playing with other musicians but I also love to be on my own and tinker and play around in the studio. I’m at a point in my life now where I feel I want to collaborate more and work with other people (that’s in part why I built a bigger studio) but that’s fairly new. I used to always want to be on my own to explore the music I had within. Writing is an introspective process and I still feel I might shy away from my true emotions if someone else is in the room although that not as true as it was when I first started out. Thing is, since I do not write music, I do not have any theoretical knowledge, my writing process has always involved recording demos. And as we have the technology, my demos have been polished into albums.

ML: Have you had the chance to visit Guelph before? What are a few of your memorable moments from the road? Any favourite cities to play in?

IK: The show on June 20th will be my second time playing in Guelph, I had a lot of fun the last time I was in town so I’m looking forward to it. Being on the road is always an adventure, I have so many great (and also not so great) memories. I’ve played in front of 80 000 people and I’ve played in front of 2. I’ve driven across Scotland to play in front of a bunch of Canadians. I’ve been booed by 16 000 people (before I actually started singing) in Belgium. I’ve toured with bands and on my own as well. I can tell you that I love meeting the small venue owners, they are the best people. They often don’t make their money with the live music thing, they are just passionate people who are making sure that music survives in their communities and I love them for that.

ML: Where can people go to learn more about Ian Kelly? Anything else you’d like to share?

IK: I’ve got a concert film that’s coming out on the 23rd, DVD and iTunes.

Visit Ian Kelly on Facebook at https://www.facebook.com/iankellysmusic and be sure to check out his show with Common Deer at Van Gogh’s Ear this Saturday June 20th. More details on the show can be found at https://musiclives.ca/event/ian-kelly-van-goghs-ear/