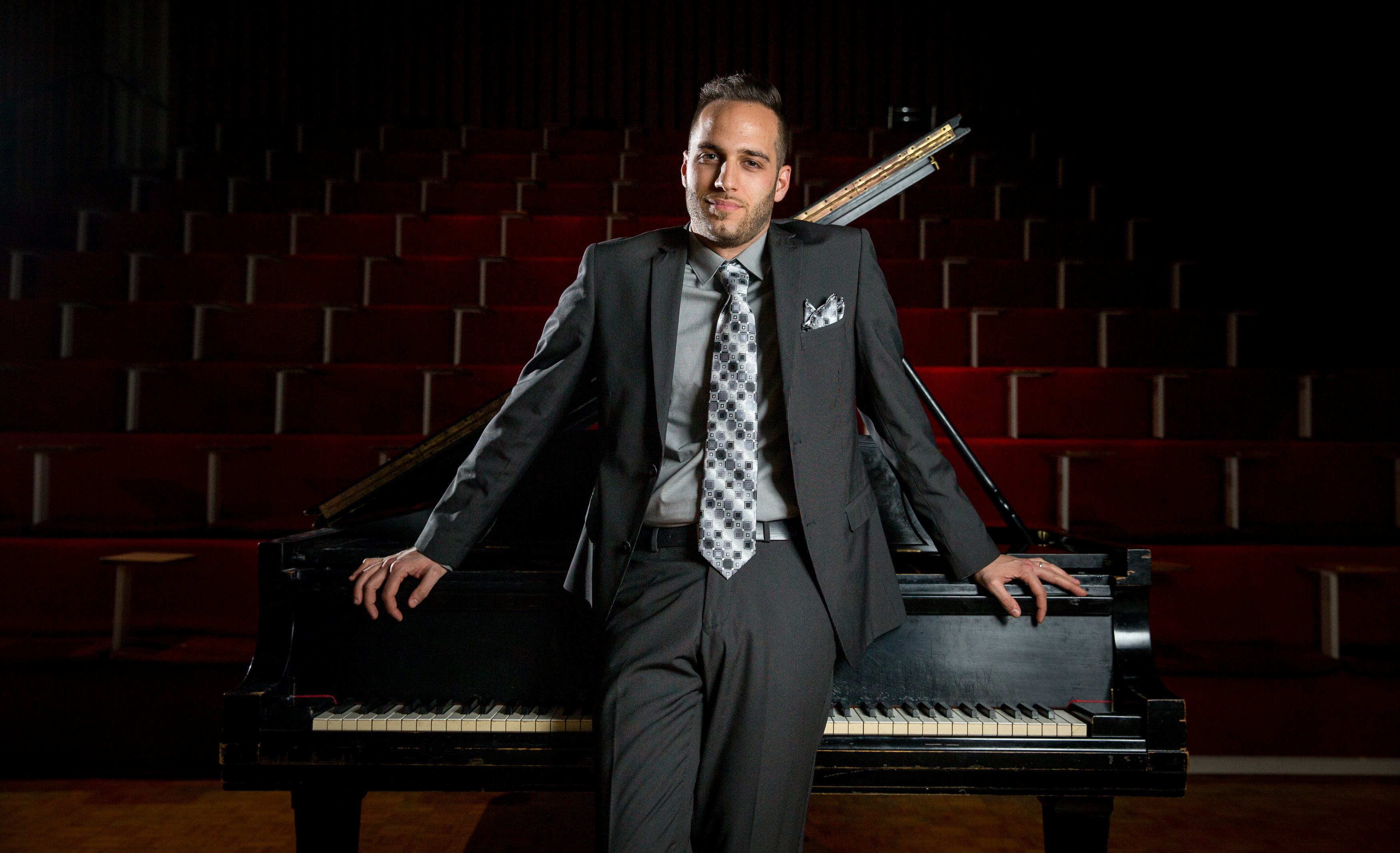 Carmen Spada graduated from Berklee College of Music, in Boston, MA, obtaining a dual major in Piano Performance and Jazz Composition. While at Berklee, he earned the Berklee Achievement Scholarship, was nominated for the Boston Jazz Society Scholarship, represented Berklee internationally as a Student Ambassador and was the recipient of the 2007 Herb Pomeroy Award for excellence in Jazz Composition.

​Upon graduation, Carmen established firm roots in the New England area music scene in both jazz and world music, and to this day continues to balance networking and performance opportunities between Boston and his hometown of Toronto, ON. He has performed at some of Ontario’s finest performance venues such as the National Arts Centre, Aeolian Hall, Rose Theatre, Living Arts Centre, Isabel Bader Theatre, Westben Theatre, as well as the Berklee Performance Centre, The Redroom at Café 939, Prudential Centre Summer Concert Series, Kendall Square Summer Concert Series, Block Island Summer Concert Series, The Harvard Club, and a number of other corporate and private venues in New England. He currently holds a monthly residency performing at Manhattans Music Club in Guelph, ON.

Though firmly rooted in jazz and world music, Carmen has enjoyed pursuing and establishing his solo career in a unique jazz crossover to pop niche, due to his success as a songwriter. He won the 2010 Rose Theatre Singer/Songwriter competition in Brampton, ON for best original song and lyrics with “Why You Make Me Fall In Love With You”, and was also awarded a creation grant from the Ontario Arts Council for his 2013 EP release, Buona Sera, featuring original songs and arrangements of Italian folk music for trio and sextet. His compositional style is currently focused on “contemporary standards”: songs featuring the commercial appeal of jazz standards through form and lyrics, but with a deeper and contemporary approach to harmony and melody.

​A highly respected educator, Carmen currently resides as a sessional lecturer at the University of Guelph, specializing in jazz piano instruction. He also conducts various clinics and masterclasses at secondary schools in the Greater Toronto Area, as well as boasts successful in-person and live, online private teaching studios, with an emphasis on contemporary improvisation, harmony, composition, ear training and songwriting, as well as post-secondary music curriculum and audition preparation for prospective undergraduate students. He was proudly appointed Alumni Ambassador for Berklee College of Music in 2014, and assists the college with recruitment and outreach opportunities within various communities. Annually, Carmen is the featured adjudicator in the pop and jazz sections at the Davenport Festival of Music in Toronto.