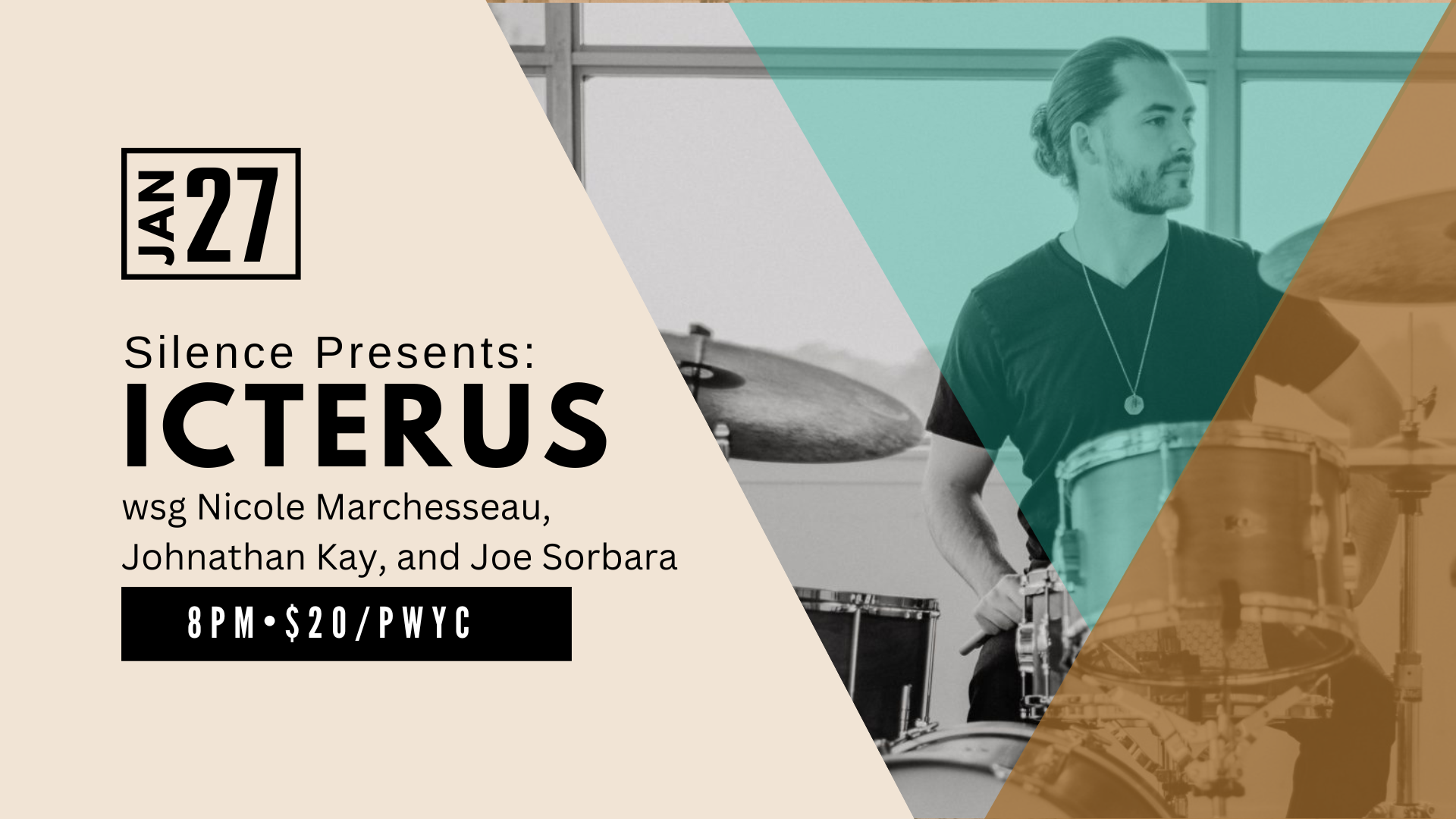 Icterus is Stefan Hegerat’s experimental math-rock band featuring himself (drums),
Patrick O’Reilly (guitar), Robert Grieve (guitar) and Mark Godfrey (bass). The band
plays Stefan’s compositions which serve as vehicles for improvisation/experimentation
and are the confluence of his interests in progressive rock, jazz and classical music.
The band has been performing since 2016 and released their debut album “Icterus” in
2018. They are set to record a follow up album early in 2023.

“A worthwhile listen for fans of jazz, progressive rock and improvised music, Icterus is a
mature and self-assured debut from a talented drummer with a clear compositional
vision.”
Colin Story – Whole Note Magazine

“Stefan is dangerous, moody and in no way concerned with norms, protocols or really
constraints of any kind.”

Opening the evening will be a set by a trio consisting of Jonathan Kay (woodwinds) Nicole Marchesseau (piano), and Joe Sorbara (drums, percussion)