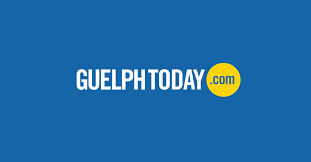 The Music Lives concert will be the first live concert to take place in Guelph since the pandemic began
about 4 hours ago By: Anam Khan
(Thanks Anam!!)
A first draft of what the live in concert will look like on July 16. Supplied photo

Buckle up in your seatbelts if you want to enjoy some live music.

The event on July 16 is hosted by Royal City Studios and is in partnership with Music Lives.

“This is great. This is huge. People have not been able to listen to live music for too long,” said Jim Duffield, owner of Royal City Studios

The drive-in live music event will allow up to 50 cars in the Royal City Studios that are each six feet apart. Concert goers will be able to sit in their cars while bands perform on an elevated stage to allow audience members to view the act.

“We recommend carpooling for sure,” said Duffield.

The event is permitted to take place as the province moves into Phase 2 of reopening which allows drive-through venues for theatres, concerts, animal attractions and cultural appreciation.

“The fact that we’re having a drive-in concert at all is different from previous years. We can’t have a regular concert because they are not allowed right now.”

Out of two performances, one has been confirmed by local band, The Cavan Brothers.

“We’re going to have a couple of food trucks around so people can go and grab some food and we also have the ability to put a patio bar out for people to have a drink if they would like to drink during the concert or in between the two acts that are going to be there,” said Duffield.

“The whole idea is to still enable music to be performed live in real life while maintaining our COVID-19 precautions.”

“There’s a lot of interest from many bands to come out and do something like this,” said Duffield adding that if anyone is interested in taking part, to contact him directly.

“We’re just trying to keep this local for Guelphites and do something for the community. So I’m very very happy about it.”

“I’m ecstatic about it,” said McNeill about the concert.

Details about concert time, bands, food trucks and tickets are yet to be announced. More information can be found on the Music Lives Facebook page.