Our D’Eve Archer Featured in gtanotables.blogspot.com

Hot on the heels of her successful Los Angeles “Northern Hospitality” showcase, Guelph’s darling D’Eve Archer is interviewed by David Li.  D’eve is performing tonight 6-9pm at The Albion for their 164th anniversary and customer appreciation event.
D’eve Archer: The Gift 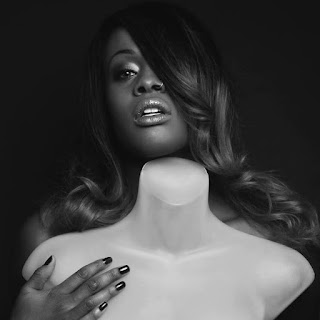 Since her early childhood D’eve Archer – also known by her stage name as Saturdae Jonez – has understood that music would be her calling and it would be her gift to share with the world.The talented singer-songwriter is the only daughter of three children born to Winston and Bulah Archer.They emigrated to Canada from Jamaica choosing to settle in Woodstock, Ont.Both of her parents played the piano and were singers back in Jamaica. In many ways their love for music inspired young D’eve’s passion for music also.”My mom said that I came out of the womb singing. So I’ve always been a musical child,” Archer noted with a laugh.

At the age of five, she started to take lessons from the Royal Conservatory of Music.

“When I was six years old, I did my first recital. I played Ode to Joy and I still remember that first performance clearly to this day,” Archer said.

“Even as a kid I knew that sitting on that bench playing the piano and being on stage in front of others was where I was supposed to be. That’s home for me.”

Archer says creativity is something that runs in her family.

“I have two older brothers and one of them is a music producer and the other one is a chef,” she revealed.

“Also I have an uncle that owns his own record label in Virginia called No Choice Music Group.”

As her parents noticed she was consistently putting her own creative twist on the classical songs she was learning, they encouraged her to start writing her own music when she was just 11 years old.

And just a year later, the then 12 year old composed her first song.

As she reflects on her journey, Archer says she’s thankful for the great advice she got growing up….

For full  article by David Li, click on the link below:
https://gtanotables.blogspot.com/2020/01/deve-archer-gift.html?m=1&fbclid=IwAR11TaSYg4S4qIHpePotIdegbtB35D8hVFcdPU9oXkbQkP3SSVtCjnrAPpY