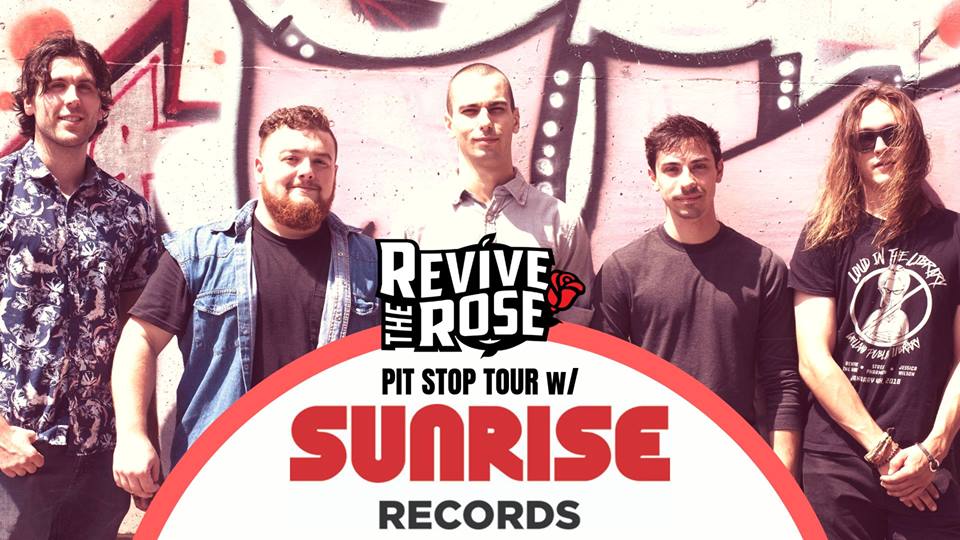 Join us today, Friday October 12th for an in-store acoustic performance by Revive the Rose! Performance will take place inside the Sunrise Records at Stone Road Mall. Don’t miss it!

A gutsy, every-man band from Niagara. They’re the kind of band that turn heads when they play live. Revive the Rose provides the party and the most powerful shredding rock and roll in town! Telling real stories from an everyday point of view of hit and miss. A collection of honest and straight forward songs touching on themes of life, love, learning, and moving forward. Revive the Rose has conquered Southern Ontario, and always ready to prove that rock and roll will never die.

The band has quickly made its mark in Southern Ontario, opening for acts such as Danko Jones, The Glorious Sons, The Standstills, illScarlett, The Lazys, The Mahones. After touring in Ontario, their newest lead single “Nine To Five” generated attention at Canadian radio, most notably at 97.7 HTZ-FM. All doing so as an unsigned band.