The Apex comes to Guelph on November 20th

This Friday November 20th, our friends over at Kroniknoise are hosting a night of metal over at DSTRCT featuring Killtorous, Erimha, Ending Tyranny, and The Apex. This is the 3rd stop for these bands on their tour that will cover Ontario, Quebec, and the East Coast. We got in touch with Tyson Taylor, drummer for the Apex to talk with him more about the band and what to expect at the show!

Music Lives: How did The Apex first get together and how has the band changed over the years? 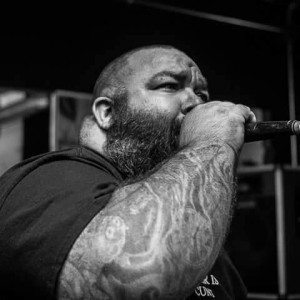 Tyson Taylor from The Apex: The Apex started up a little different from most bands I’m sure. We were in previous bands together for years and around 2011 we found ourselves scattered across Canada. Steve and Jer were in Calgary, AB at the time, Darren was in Tilbury, ON, Brian was in Windsor, ON and I (Tyson) was in Charlottetown, PE. Steve and Jer discussed the idea of starting a band so they were writing riffs together in Calgary. After realizing there were no drummers in that area that were going to play this type of music, they prepared to start moving back to Windsor, since there are a number of advanced musicians in that city and it’s our hometown. Steve began playing me riffs over the phone and sending me mp3’s of song ideas and I was sold immediately. It was everything I was missing. Steve then flew to PEI to help me pack up my house and we U-hauled all the way back to Windsor, ON. Jer had flown back to Windsor as well so we began working on material for The Apex. We went through a couple added members but quickly found the right combinations for the band. We worked on songs for a couple years and really started finding ourselves and our style. We released our debut album and have been hitting the road since.

ML: What’s the best thing about going on tour? Any tour moments worth sharing? (good or bad!)

TT: The best part about going on tour is getting to win over new crowds. We don’t have a huge following yet so any chance to play to a room of people is so rewarding to us. We feel confident that if there is an audience watching us, we will at least capture their attention for 20 minutes and they will have a good time. As for tour stories… there are a lot. On our recent tour there was a funny moment. We were parked out front of Doors Pub in Hamilton and the way we were parked, we were facing through an intersection and towards a plaza of people walking around and chilling out. Well Darren was sleeping in the driver’s seat and the bus was idling so we could play hockey on the Xbox. He wakes up screaming and jerking the wheel thinking he passed out driving and was about to kill about 50 people haha. We were laughing to the point of choking.

ML: Your latest video “If Detroit River Could Speak” speaks to the changes that are going on in Windsor and Detroit. Do politics influence your writing? What sources of inspiration do you draw from when making music?

TT: Well, we aren’t really a political band at all. That song was written by Darren and myself and it was more of a “product of your environment” type song. I’ve seen a lot of changes in Windsor and Detroit and this song was to really talk about how things were fantastic with the automotive industry and how it declined. People were losing houses, losing their livelihood and gambling at the casino and drinking and doing drugs more and it just seemed to hit so hard. Things were quite grim for a long while and still haven’t completely turned around so that song was specifically to address our situation in “the automotive capital of Canada.” In terms of inspiration for making music, we draw from our love for music. It’s really that simple. When Steve and I are working on new material, it’s very care-free and honest. We just try to have fun and create some good music we can be proud of. 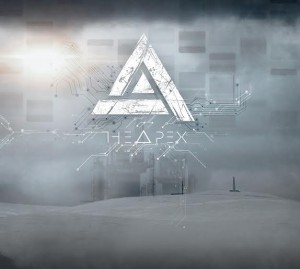 ML: Your self titled album was released earlier in 2015. How was recording? Are you happy with the finished product?

TT: Recording was interesting for sure. We went into the first studio and recorded the entire album. It was almost completely finished but we felt it was a little muddy and didn’t really represent us to the full extent and the vibe just wasn’t really there. We felt the engineer wasn’t exactly on the same page as us and the drive to capture it as best we could didn’t seem to be there on both ends. We then wrapped up that recording and basically considered it a pre-production and moved on to another studio. Nick Kinnish (who recently moved to Windsor from the UK) from Serafina Productions Studio (Architects/Johnny Truant) had asked us to give him a shot because he really felt he could capture us correctly. We hired him as our engineer and we began recording at Shark Tank Productions studio in Windsor who is know for his analog and reel to reel equipment. We recorded the entire album again and added a new song while removing a weaker one and that turned out the exact way we had hoped. We tracked everything there through ProTools and then mixed down through tape and mastered through reel to reel and we couldn’t be happier with the raw sound we received.

ML: Where can people go to learn more about The Apex?

TT: To learn more about us or follow our antics the best place would be our 2 most active sites: www.Facebook.com/wearetheapexand www.Instagram.com/apexband

Find out more about the show this Friday at https://musiclives.ca/event/kroniknoise-presents-killitorous-erimha-ending-tyranny-the-apex-in-gu/. See you there!